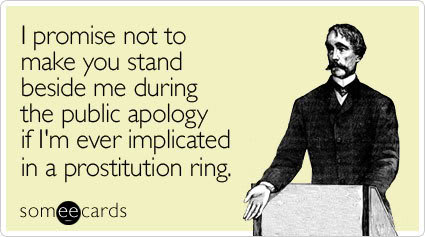 I am ecstatic to see that Cate Faehrmann, MP for The Greens Party in New South Wales (NSW), has written an article in response to growing pressure in NSW to reverse the current decriminalised status of sex workers, in the wake of recent human trafficking and sex slavery media sensationalism.

In this article written on her blog, titled ‘Brothel Licensing Not The Answer’, dated November 1st, 2011, Faehrmann reminds lawmakers not to get caught up in the current frenzy and make knee-jerk decisions that do not take into account that the majority of legal sex workers are not caught up in this illegal activity.  The majority of sex workers perform their work safely and legitimately. Faehrmann cites evidential based research that shows decriminalisation is recognised as the world’s best practice standards for sex workers and their clients.

New Zealand has been leading the way since 2003, by completely decriminalising the sex industry in the Prostitution Reform Act.  When I worked in New Zealand, myself and my clients enjoyed knowing that we were both fully supported and protected in every way.  I knew that I could go to the Police if I was threatened or harmed and that the Police were also empowered to do everything they could to protect me and my human rights.  Clients knew it was going to be more difficult to get away with crimes against sex workers.  I felt that I could help the Police in their pursuit of fighting crime by sharing information.

In the sex industry, we call clients who perpetrate crime against us, as Ugly Mugs.  We have a vast database of information relating to actual Ugly Mugs.  I am convinced that police in Australia would like to be privy to this information in the same way that the New Zealand Police are, in order to assist them in current investigations and prosecutions. Remember that we share societies concerns about illegal trafficking and sex slavery.  We don’t want to be exploited, used and abused.

I also knew that I could walk in to any sex worker organisation, sexual health clinic, general practitioner’s rooms or hospital and I didn’t have to lie about being a sex worker.  I could share accurate information about my identity without fear of being discriminated against.  I knew my privacy was going to be protected like everyone else’s.  They knew that they had all the relevant information to be fully informed about my health and safety in order to treat me appropriately.  I didn’t have to worry if I was going to be reported to Police or have my identity exposed because I was a sex worker.

Decriminalisation means that sex workers have human rights to enable them to access a range of services and be treated with dignity and respect.  The real evidence of success is in the reported decrease in sexually transmitted infections in New Zealand and NSW amongst sex workers since decriminalisation began.  Why would anyone in there right mind want to reverse this?  Sex workers are not the ones spreading sexually transmittable diseases in our communities.  It is also not only our our young people that need to be educated about using condoms.

The public forgets that there are older generations that didn’t use condoms in the 50’s, 60’s, 70’s and 80’s who are also affecting the increase of sexually transmitted diseases today.  These are the people who are regularly asking sex workers if they do Natural (without a condom) services.  Education is the key and by increasing public awareness we are better able to make more informed decisions about sexual health.  Targeting sex workers is barking up the wrong tree!

Faehrmann also talks about how the current licensing scheme regulating brothels in Queensland, namely the Prostitution Licensing Authority (PLA), does not address 90% of the sex industry, which is “…unregulated and illegal” (1).  While it is true that licensing does not address 90% of the industry we can not be sure what percentage of that is ‘illegal’.  Sole traders in Queensland are also heavily regulated.

The problem in Queensland is that most of the strategies that sex workers use to maintain their safety and sanity, like working in co-operatives, having a driver, debriefing with another sex worker in your workplace for example, becomes ‘illegal’ because of bad, poorly processed laws.   But even in a place like NSW where you have decriminalisation, people still revert back to the legal vs illegal dichotomy – so brothel owners who hate the competition argue that brothels that don’t have proper council planning permits are ‘illegal’.

Coming from New Zealand where the sex industry is decriminalised, and into Queensland, Australia, where it is not and is inappropriately regulated, I can see how glaringly obvious flaws in the current regulations actually increase the risk of human trafficking and sex slavery.  We are not protected from organised crime just because some sex workers choose (or not) to work from a brothel.  As a private independent lawful sex worker, I am faced with heavy regulation that isolates me from society and puts me and my colleagues directly at risk of being exploited.

Police officers are also legally allowed to practise entrapment in Queensland, pretend to be clients, pressure sex workers to have sex without a condom and then charge us even though we are being bullied into providing a service we wouldn’t normally provide!  This has recently been passed into law as Clause 101 which refers to Section 77A1, (3) (a) of the Prostitution Act Qld 1999, despite lobbying and sound evidence against why this is inappropriate.  Police are our clients too.  Police can, however, have sex with a sex worker and then charge us as a citizen, after the fact, if they feel so inclined.  It is still illegal, however, for clients to ask for sex without a condom.  How ridiculous is this?

Personally, I am also not allowed to have a ‘meeting of the minds’ with another sex worker in my apartment.  I am in effect, not allowed to have a friend who is also a sex worker, over for a coffee without the risk of being busted in a raid and accused of running an illegal brothel.  I was recently wrongly accused of running an escort agency from my leased apartment by my real estate agent although this is, was and will never be the case.  I am not allowed to adequately protect myself because I am forced into isolation and denied access to my basic human rights and natural justice.  I am not allowed to let anyone know where I am going if I am doing an out-call unless the person is a licensed body guard or a non sex worker.

How realistic is it to expect every sole trader to hire a body guard?  How many non-sex workers do you think volunteer to be on call and who have an understanding of the risks, nature and scope of the work we do?  It is like asking a cleaner to supervise a social worker.  The only people who should be watching my back are other sex workers and maybe their husbands, wives, partners, friends and family.

In conclusion, decriminalisation of the sex industry is the only way to move forward on the issue of human trafficking, sex slavery and violent crime against sex workers in Australia.  It is the only accepted course of action that the United Nations advocates globally because it recognises the overall positive impact on human rights, health and safety and addresses issues of harm minimisation in the area of disease prevention, violence and illegal activity.  I agree with Faehrmann in her article, who says “…the government should be looking at ways to address the sometimes arbitrary and inconsistent implementation of existing sex industry guidelines across local government, rather than making criminals out of currently law abiding citizens.”

New Zealand is leading the way and has screeds of research that shows that decriminalisation is working and having a positive impact on these area’s.  New South Wales is also being heralded as taking a positive stand with its current decriminalisation recording unprecedented new statistics showing 99% compliance by sex workers using condoms, directly reducing the rates of sexually transmitted infections amongst sex workers compared to other groups in the community.  Wake up and smell the roses!  You will be seen as being fickle and weak-kneed by the rest of the world if you back-track and decide to fly in the face of a globally sound and well researched argument.

I am proud to be a sex worker.  I provide an outstanding service delivery in the face of stigma, heavy regulation and discrimination.  I am proud to be associated with organisations like RESPECT Inc and Scarlet Alliance, who are passionate about their collective aims and objectives to improve the lives of sex workers and address issues of human rights and public health and safety.  We are the experts in our field and are therefore informed about what the actual issues are.  I am also proud of Cate Faehrmann for bringing a political voice of reason outside of the sex industry, that challenges the media driven, sensationalised debate currently snowballing out of control in Australia.  Jx

2 thoughts on “Brothel Licensing Not The Answer”