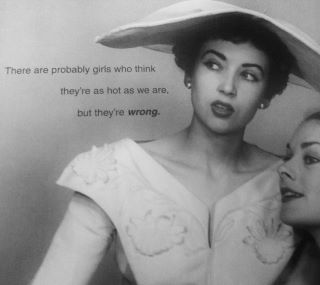 I began sex working in New Zealand in May of 2006.  I didn’t really know a lot about the sex industry up until this point, other than what I had seen and heard by non-sex workers and the media.  Needless to say, my knowledge was extremely limited and the thought of entering into an industry with negative popular belief and stigma was more than a little intimidating.  I was aware, however, of the passing of the New Zealand Prostitution Reform Act 2003 (PRA) and the subsequent decriminalisation of the sex industry.

The Act was designed to (a) safeguard the human rights of sex workers and protect them from exploitation; (b) promote the welfare and occupational health and safety of sex workers: (c) be conducive to public health: (d) prohibit the use in prostitution of persons under 18 years of age; and (e) implements certain other related reforms. This meant that I was no longer going to be viewed as a criminal at least.  I felt empowered to seek out the knowledge I required in order to establish myself as a private independent legal sex worker.

I initially approached a couple of friends I knew in the swinging scene.  Sharon and Rod from Club Sparty, were instrumental in steering me in the right direction.  I met with a known legal sex worker called Sally Munro at her apartment and we discussed the best course of action for me to enter into the sex industry and learn how to practice safely.  Together, we developed a website from which to launch my new career.  I settled on the name Rhiannan and subsequently my first website was created.

I am forever grateful for Sally’s help and support to me during this time.  The PRA had made it possible through decriminalisation, for me to seek out the knowledge I required from my peers and other sources, which enabled me to feel empowered to make an informed decision.  A strategy that my peers throughout Australia (excluding New south Wales where it is decriminalised) are not allowed to seek or provide for each other under the current criminalisation/prohibition model in Victoria and heavy legislation/regulation models in Queensland and other states.

I was given the opportunity to enter into the worlds oldest profession in a way my predecessors were unable to do.  For this reason, I have the utmost respect for sex workers who worked  in extremely adverse conditions where the risks of being exploited or charged as a criminal, were very real.  These sex workers paved the way for me and all new sex workers in New Zealand by refusing to be silenced on issues relating to health, occupational health and safety, violence, human rights and discrimination.  Their voices are continuing to be heard throughout Australia, by past and existing sex workers and their friends, family and clients, who realise that decriminalisation works and that this needs to be a national policy.

Here in Queensland, I join voices like RESPECT Inc and Scarlet Alliance in the fight for decriminalisation and improved sex worker rights on every level of humanity in Australia.  The advantages far out-weigh the risks if only the media, lawmakers and other commentators would read and understand the evidence.  In New Zealand I know my basic human rights are being respected by law and I have choices about what I could do if my health and safety were compromised.  I am less likely to have violence perpetrated against me by corrupt police officers for example, because the penalty’s are a clear deterrent.

Consider the plight of former Constable Nathan Thorose Connolly who was sentenced to two years in December 2009, for threatening a sex worker to have free sex with him.  A clear warning to other’s that violence toward sex workers is no longer tolerated and a clear reason why decriminalisation will reduce all forms of violence against sex workers in general.  The PRA is directly responsible for the increase in the reporting of violence to Police, especially by street workers (Mossman and Mayhew, 2007:10) and this is because they can, not because violent crime toward them has increased.

Since decriminalisation in New Zealand, the numbers of sex workers on the streets has declined in the first five years since decriminalisation, according to the Prostitution Law Reform Committee in their five year report on the sex industry since decriminalisation.  There was no sudden increase in the numbers of visible sex workers on the streets as claimed would happen by opposition groups (Abel, Fitzgerald and Brunton, 2009:526. 528).  Quite the contrary. Consider that only 10% of the entire sex worker industry are street workers (Hubbard, 2004; Scrambler, 1997;  Weitzer, 2005).  Since their numbers on the street are reported to be declining, according to evidence based research, then wouldn’t it be correct to state that New Zealand is achieving this by creating an environment that empowers sex workers to improve their lives?  There is a correlating increase in sex workers moving from managed to private sector sex work.

Decriminalisation in New Zealand means that I am automatically protected from all sorts of  injustices and inequalities.  My rights are equal to every ones else’s and my sex work is recognised on every level… including in the area of accommodation.  I have to pay my taxes like everyone else.  I have access to Work Place Cover in the form of accident compensation from the Accident Compensation Commission (ACC) for any loss of income due to injury in the workplace.  My Occupational Health and Safety (OSH) standards are peer reviewed and set to reflect the needs of both individual and collective sex workers according to their environments; like my peers who choose to work in brothels.  I am allowed to procure insurances that protect my income and health so that I can continue to work and contribute to society.  These are luxuries that I will never take for granted in New Zealand.

However, not everything comes up smelling like roses.   Stigma is still a major factor in my life as a legal sex worker no matter where I work.  Lyon asserts that health outcomes of sex workers are directly affected by stigmatisation and marginalisation and that “It is described as the single biggest issue facing sex workers – even those who operate legally” (Lyon, 2011: 2.3.1, 45).  I have to carefully weigh up the implications of coming out to friends, family and the general public.  On a good day, I feel strong enough to withstand any slight on my person and can trust myself to respond in kind.  On a challenging day, I feel exposed and vulnerable and less articulate in defending myself.  Sometimes I feel like withdrawing inside my apartment and not engaging with the world.  Sometimes I crave the freedom to share some black humour with my peers and at other times , I just want to be liked for who I am – not defined by what I do.

Decriminalisation in New Zealand states in legislation that I have the freedom to contact other sex workers and organisations for peer support, debriefing, resources, referrals (to and of clients),  and to work together and share accommodation and costs.  Working together directly reduces the likelihood of violent crime continuing to be perpetrated against us.  We are also able to work together and share the income from clients who request a ‘double’ booking for example.  In Queensland, I am not allowed to minimise the sense of isolation and anxiety I feel at times, by not being allowed to have a ‘meeting of the minds’ with other sole traders.

By persistently addressing the issues, using evidence based global research to back up their argument, New Zealand become the first country in the world to completely decriminalise the sex industry as we know it.  I am extremely proud of Helen Clarke, the first elected female Prime Minister in New Zealand representing Labour, who fully supported the Act in all its parts.  I am also extremely passionate about writing for and about the sex industry because their collective voices continue to resonate in every core of my being.  There is still so much to be done to bring awareness to other parts of the world.

In conclusion, my experience of sex working in New Zealand  is far more preferable, if not for the weather!  Where sex work is decriminalised, my life, health and working conditions are much improved in general.  Over-regulation, as opposed to decriminalisation, makes illegal operations more attractive because the legal sector is kept smaller than the number of sex workers available to work (Lyon, 2011:10).  It’s not rocket science.   There has to be a shift away from the pre-existing moralistic viewpoint, to one that supports a public health and human rights approach such as New Zealand’s.

Since 2006, I have developed into a successful private independent legal sex worker where I continue to provide a safe and discreet service to my clients, with minimal (if any) disruption or negative impact on my neighbours.  I live where I work and I ensure my clients have a discreet, anonymous entry into my world from the outset.  I live in an upmarket multi-storey apartment with an intercom which allows me to screen my clients and give them direct access to the lifts and to my floor only.  My neighbours are none-the-wiser and therefore not affected by my work.  I am also courteous and friendly to everyone I meet who lives in the building.  I treat people how I wish to be treated myself – with respect.

I have also entered and exited the sex industry at various times since 2006.  It is my choice to do so.  I do not need rescuing or saving by some organisation that gets a kick out of interfering in my life.  I am an autonomous, independent, educated person who chooses to work in the sex industry for all the benefits I experience.  Security, friendship, independence, money, sex, camaraderie and freedom.  Decriminalisation is the only way to go to improve health outcomes across the board, for everyone.  Jx

Scambler, G. (1997), ‘Conspicuous and inconspicuous sex work: the neglect of the ordinary and mundane’, in G. Scambler and A. Scambler (eds.), Rethinking Prostitution: Purchasing Sex in the 1990s, London and New York: Routledge.

2 thoughts on “Legal Sex Working in New Zealand – Since Decriminalisation”