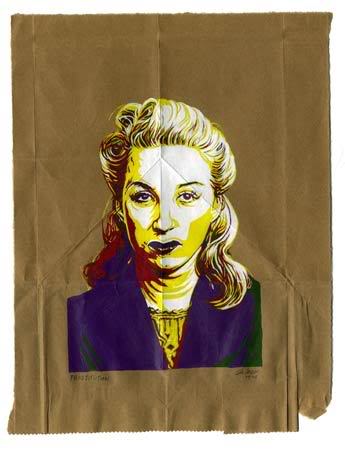 I am referring to yet another ridiculous article in the media.  This time it is an article in the Daily Mercury in Mackay, titled Prostitutes Told To Go Elsewhere by Andrea Davy, dated the 17th of November, 2011.  However, the comments made on this article are much more concerning and show anecdotal evidence of the depth of gender and sex-worker discrimination in Australia.

It seems that Mackay managers and owners have an ‘eye’ for female sex workers and an ‘ear’ for things that go hump in the night!  There is no mention of male or trans sex workers what-so-ever!   I wonder if they are aware of how many outcall’s we sex workers do where we are invited in to their guests room?

I feel it is my duty as a professional sex worker to point out that these particular managers and owners are in the minority. There are numerous hoteliers who are more than happy to have us stay and work from a room all over the world.  Not all sex workers are a nuisance.  But within any industry, we all need to learn how best to conduct ourselves.  In most cases, if you treat a person, sex worker or other, with respect, and discuss your concerns directly, then it is more likely that a win/win solution is found where everyone is happy.  There are of course exceptions to the rule, however the key to successful business management is communication. The same principle applies to my clients.  I have included a whole page on my website dedicated to educating my clients on how to behave.  It works well.

Since it is legal in Australia for sex workers to practice Lawful Sexual Activity, it stands to reason that people need to learn to manage how best to accommodate sex workers throughout Australia.  This includes sex workers learning how to work alongside hotel/motel owner operators.  In a modern world, I expect that there is respectful discussion and negotiation from both sides, however I do not accept blatant disrespect for the law by citizens who see themselves as a law unto themselves.  It is illegal to discriminate and implement a ‘no working girl’ policy anywhere in Australia!

The article only seems to discuss sex work and does not consider how many other types of work is conducted from hotel rooms.  Most people enjoy the availability of internet so they can continue to work.  Travelling sales agents regularly ‘ply their trade’ and conduct their businesses from their rooms.   It is ludicrous to blatantly discriminate and allow some trades and not others.  There are a lot of generalisations being made about sex workers and guests.  There is a huge demand for sex workers.  Sex workers are meeting the demands and are often sought by guests.  Guests include men, women and couples.  Yes, I also see women and couples.  I do not discriminate or judge others based on their marital status, gender or sexuality.

The argument appears to be a moral one.  I like Mattj001’s comment, where he quotes HG Wells, who said “moral indignation is jealousy with a halo”.  People seem indignant at how much sex some people are having.  People also seem to be perturbed by how much money some sex workers earn.  If we looked at the actual numbers of sex workers registered to pay tax on their earnings with the Australian Tax Office, I can guarantee this figure will be increasing every year and this equates to new industry money in the government coffers.

As sex workers begin to trust that they will be treated like any other worker, and receive all the same rights and opportunities as other hard working sole traders, they will feel more inclined to declare the majority of their earnings and have no qualms about doing so.  Fair Work Australia need to support sex workers fully and completely.  However, I am concerned that my hard earned tax dollars are not being spent nearly enough on national and community projects involving sex workers in education, health and safety, and worker compensation.  But that is another issue.

The article shows a particularly nasty Redneck underbelly within Mackay, if not Australia.  FearlessFred’s comments are particularly alarming, as are other comments attempting to fabricate a link between rape, child abuse and sex work/ers.  There seems to be an entirely false set of mores circulating within Australia and I would have to write a completely new article to discuss them.  I can tell you that rape is violence and is perpetrated throughout society against women (and men) in every area of society.  I can also tell you that paedophiles do not discriminate between boys and girls and are more often than not, someone we know, who is trusted and has complete access to our children.  They do not walk around with a sign around their neck nor do they belong to any one sub-section of society.

In conclusion, there appears to be discrimination based on gender and against sex workers in general.  There is also a misrepresentation of the nature of sex work and of sex workers both collectively and individually.  It is apparent that there needs to be more constructive discussion and debate between sex workers, the government, lawmakers and public opinion.  Journalists need to be educated on how to write articles that are a credit to their profession rather than an appalling attempt to confer with assumed popular belief.

Sex workers need to be recognised as the experts in their profession and as such need to be consulted on all area’s pertaining to sex work in Australia.  Important law reform and increased awareness and understanding of the nature and scope of sex work, will not occur until we have honest and frank discussion in order to dispel the myths associated with it. Important debates need to continue with the aim of improving the current laws and regulation.  Jx

One thought on “Prostitutes Told To Go Elsewhere!”