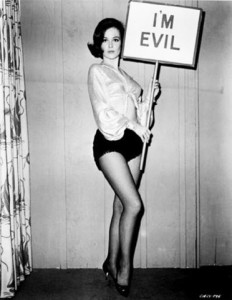 Yes folks!  We are witnessing first hand how discrimination is continuing to be perpetrated by political bullying agents at the highest level, as witnessed in Brisbane Times dated August 9th, 2012.  The Attorney-General Jarrod Bleijie has shown his true colours by publicly attempting to pervert the course  of justice by using his public powers to  “attempt to overturn” the appeal of the landmark Anti-discrimination case between the legal sex worker GK and the owners of the Drover’s Rest Motel in Moranbah.  Make no mistake about it.  We can begin to see the depth of corruption, personal bias and undue influence that is obviously still being exerted by Queensland’s politicians and power player’s.  It didn’t take long for those key players to rear their ugly head.

Sex workers have been dealing with this sort of extortion for years, especially in Queensland.  We only have to go back a couple of decades to see how far corruption can breed in politics with the likes of Sir Joe Bjielke-Petersen!  Here we go again.  Have you noticed the uncanny similarity between the last names of these two political figures?  Sir Joh Bjelke-Petersen and Mr Bleijie.  Perhaps they are related?  It would certainly explain why sex workers are continuing to fight an up-hill battle, just to have their basic human rights upheld.  This political tickling is spreading like a festering disease throughout politics in Queensland despite laws to the contrary to protect and serve.

How can a significant political figure like Mr Bleijie get away with flaunting his bias political power’s publicly like this.  Surely it is common sense not to interfere.  Our Attorney-General is meant to be a respected impartial public figure.  Similarly, so are the Queensland Civil & Administrative Tribunal (QCAT) members.  Unfortunately a few bad apples have tainted this Anti-discrimination case.  Is it any wonder people are afraid to stand up for their rights when a system is is openly flawed like this?  What hope do we as citizens have?  I am embarrassed and ashamed.  How long will it be before Australians can feel truly proud that they have left their distasteful convict history behind?

There has to be a shift away from the pre-existing moralistic viewpoint, to one that supports a public health and human rights approach such as New Zealand’s.  It is apparent that there needs to be more constructive discussion and debate between sex workers, the government, lawmakers and public opinion in Australia.  This is not going to happen when we have sensationalised public Anti-discrimination cases and individual’s being put through the political ringer.  It just makes our justice system look like a Christmas dinner – full of turkey’s and really bad jokes.

The fact remains that the owners of the Drovers Rest Motel did discriminate by breaching the Anti-Discrimination Act by denying GK a room.  What right did they have to ask her to leave when she had been there 17 times during the past 2 years?  What rights do law abiding legal sex workers have, who pay their tax, keep a low profile and go about their daily business, earning a decent living.  We thought we had the Anti-discrimination law on our side that protected our right to practice ‘lawful sexual activity’.  Sex work is work after all.  I find I am holding my breath waiting for the next debacle.

Mr Bleijie says he stands on the side of business owners.  OK, so what about the rest of Australia who don’t happen to own a business?  Actually I have an ABN number and I pay tax, does this mean I am a respected business owner?  Or am I just a sex worker?  I do not think hotel and motel owners should be given more rights than they already have.  Mr Bleijie says he will change the laws to suit.  There are already adequate laws in place that protect against unruly, noisy or abusive guests.  Why didn’t the owners use this already existing defence? They couldn’t because no offence had been committed, and not in the entire 2 years that GK stayed at the motel.   It doesn’t take a genius to see that they want these additional law changes to give them more powers so they can discriminate!

Insinuating that hotel’s are at risk of becoming illegal brothel’s is ludicrous.  There are no similarities what-so-ever between the two.  The differences between a brothel manager and a motel manager are crystal clear.  Do motel owner/manager’s answer my phone, put my adds on, take care of the extra laundry without extra charge, provided security, negotiate bookings or provide my condoms?  They don’t because they are not brothel’s!

Consider that the former Attorney-General, Honourable Nicola Roxon, released a media statement on the 4th of January, 2012, reminding us that the Human Rights (Parliamentary Scrutiny) Act 2011 is now in effect.  Human Rights will be “…bought into sharper focus in Parliament this year with all new laws to be checked to see if they stack up against human rights obligations”.  New laws must consider “… protection and promotion of human rights”.  The principles of freedom, respect, equality, dignity and a fair go, apply to everyone including sex workers.

In Queensland, it was found that sex workers who were working legally (i.e.  service providers in licensed brothels, legal sole traders) had better mental health than those in illegal settings (Seib et al 2009).  Harcourt et al (2005) suggested that decriminalization seemed to provide the best outcomes for sex workers health and welfare and that this is a desirable outcome that affects the community as a whole.  Where are human rights for sex worker’s here in this case?

I am concerned that in this day and age, Australians are being controlled by a very powerful elite who will stop at nothing short of murder, to keep their false sense of control from slipping away.  We need to stand up as a nation and right these wrongs  Nip them in the bud and say enough is enough.  The rest of the world is looking at us and I can feel their  contempt.  I want to feel proud to be an Australian.  I support human rights for all.

To make a donation to go toward the legal bill for GK, please contact:

All donations will be gratefully appreciated.   Jx