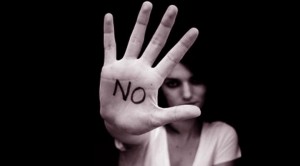 The Queensland Attorney-General, Mr Jarrod Bleijie has successfully campaigned to change the Anti-Discrimination Act 1991 to allow legal discrimination to occur in Queensland.  Section 106C was passed to specifically target sex workers in the area of accommodation.  It effectively removes the ‘Lawful Sexual Activity’ part of the Act which has protected sex workers from discrimination by hoteliers/moteliers, landlords and body corporates to date.  Our basic human right to live and work in peace, free from harassment and vilification have been compromised.

Supporting ‘legal’ discrimination is an oxymoron and against the United Nations ‘Universal Human Rights Constitution’.  The Prostitution Act 2000 made sex work legitimate work within Queensland and sex workers are protected under the provision of ‘Lawful Sexual Activity’. Despite other area’s of law which currently still protect hoteliers/moteliers, landlord’s and Body Corporates from noisy guests, legal discrimination puts sex workers, their partners, children, friends and family directly into danger and at risk of abuse and corruption all over Australia.

The Exposure Draft Bill proposes a number of reforms to Commonwealth anti-discrimination law, including:

·         introduction of a single, simplified, test for discrimination applying to all protected attributes;

·        coverage of discrimination and sexual harassment in any area of public life;

·         a streamlined approach to exceptions, including a new general exception for justifiable conduct;

·         improvements to the complaints process to improve access to justice; and

·      some adjustments to the functions of the Australian Human Rights Commission.

The committee is due to report on 18 February 2013, and has invited written submissions to its inquiry by 21 December 2012.

We must ensure that sex workers human rights are included in the above recommendations.  You can contribute actively by making a submission recommending this and why.  The Exposure Draft Bill, explanatory notes and associated materials may be accessed from the committee’s website at www.aph.gov.au/senate_legalcon.

There appears to be widespread discrimination against sex workers in general throughout Australia. Discrimination, that also violates the basic Human Rights of sex workers. Lyon asserts that health outcomes of sex workers are directly affected by stigmatisation and marginalisation and that “It is described as the single biggest issue facing sex workers – even those who operate legally” (Lyon, 2011: 2.3.1, 45).

There has to be a shift away from the pre-existing moralistic viewpoint, to one that supports a public health and human rights approach such as New Zealand and New South Wales. It is apparent that there needs to be more constructive discussion and debate between sex workers, the government, lawmakers and about public opinion in Australia.

In Queensland, it was found that sex workers who were working legally (i.e. service providers in licensed brothels, legal sole traders) had better mental health than those in illegal settings (Seib et al 2009). Harcourt et al (2005) suggested that decriminalization seemed to provide the best outcomes for sex workers health and welfare and that this is a desirable outcome that affects the community as a whole.